Ask yourself: Would you pay $100,000 for a diamond-infused martini? Would you order one for your girl?

In the latest episode of GQ’s “Most Expensive Shit” video series, 2 Chainz and Big Sean head to Vaucluse Lounge in Hollywood for martinis made with diamond-infused vodka. “It gives the essence of diamonds,” says the bullshitting “mixologist.”

“I never smelled diamonds before, but I got some,” says Tity Boi. He asks, “What happens if I swallow the diamonds? Shiny poop?” TRUUUUU. 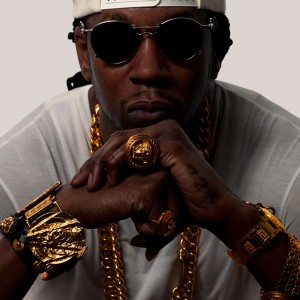 While Chainz doesn’t really drink too many martinis, Big Sean is a vodka connoisseur. 2 Chainz says, “I really can’t distinguish the taste of the vodka, but I can distinguish the style.”

The best part of this video is hearing an Australian with a bogan accent reminiscent of Ja’mie’s say “2 Chainz” over and over again. Do watch.

-Via GQ & First We Feast