Condolences to the Brown and Houston family. 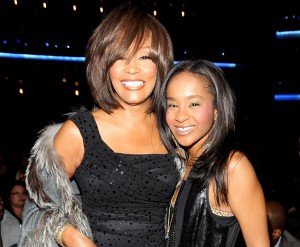 Bio: Bobbi Kristina Brown (March 4, 1993 – July 26, 2015) was an American reality television and media personality, singer, and heiress. She was the daughter of singers Bobby Brown and Whitney Houston, and her parents’ fame kept Bobbi Kristina in the public eye, including her appearances on the reality show Being Bobby Brown. Brown was 14 when her parents divorced and Houston gained custody. When Houston died in February 2012, Brown was named as the sole beneficiary of her mother’s estate.

That October, Brown caused controversy within both of her parents’ families when she announced her engagement to Nick Gordon, a man she previously considered her “big brother”. When the couple announced they were married, Bobby Brown’s lawyer released a statement disputing the report.

Bobbi Kristina Brown was found unresponsive in a bathtub on January 31, 2015; she was kept in a medically induced coma prior to being moved into hospice care. She died on July 26, 2015, at age 22.