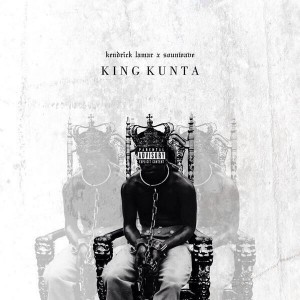 The hot new track off Lamar’s critically hailed album To Pimp a Butterfly appears to call out his sometime collaborator and tour mate.

The critical circle jerk over Kendrick Lamar’s new album, To Pimp a Butterfly, has been relentless, with the 27-year-old Compton rapper’s latest hailed as “an inspiration” by Kanye West and positively frolic-worthy according to Taylor Swift. In a saliva-drenched review, The Verge championed it as “the best album of the 21st century, the best hip-hop album since Notorious B.I.G.’s Ready to Die and Nas’ Illmatic in 1994, and it cements Kendrick Lamar’s spot as an all-time great.” Exhale.To Pimp a Butterfly is indeed an eclectic LP of ferocious creativity. It’s the hip-hop equivalent of that futuristic train in Snowpiercer—in perpetual poetic motion, like a piece of modern kinetic art. And the dense, politically tinged lyrics are borderline impermeable on first listen, requiring repeat visits to grasp the various layers of meaning.

One of the best tracks is “King Kunta,” a boisterous slice of braggadocio in which Kendrick anoints himself as rap’s new king. The song honors the legacy of Kunta Kinte, a heroic slave of Gambian descent who served as the basis for the TV miniseries Roots. It also, apparently, takes a pretty big swipe at Kanye, a vocal Kendrick admirer.

Kendrick raps: “I can dig rapping, but a rapper with a ghostwriter? / What the fuck happened? / (Oh no) I swore I wouldn’t tell / But most of y’all sharing bars like you got the bottom bunk in a two-man cell / Something’s in the water / And if I got a brown nose for some gold then I’d rather be a bum than a motherfuckin’ baller.”

Now Kanye has long been rumored to employ ghostwriters—from his stable of G.O.O.D. Music artists and elsewhere—to help out with his songs.One piece claimed that CyHi The Prince “has been doing a spot of ghostwriting for Yeezy,” while ex-G.O.O.D. Music rapper Consequence blasted Kanye a few years back for allegedly not crediting him on a bunch of ghostwritten tracks.

“One record that I never got credit for which always stuck out in my mind was that I helped out with some of the rhymes from ‘Champion,’” Consequence told MTV of the 2007 song that appeared on Graduation. “I mean, there’s a lot of joints [that were not credited].”

Heck, even Ye’s deeply personal track “Jesus Walks,” which chronicled his barbed bond with religion, was co-written by Rhymefest, who was given proper credit.

This is all of note because it was recently revealed that Kendrick was one of 20artists who received credit on Kanye’s recent single “All Day,” off his upcoming album So Help Me God.

Now on “King Kunta,” in addition to the “ghostwriter” line, as well as a “throne” line (perhaps a nod to Kanye and Jay Z’s Watch the Throne) and plenty of bars criticizing being a “baller,” there is also this doozy, which seems like a pretty clear-cut response to the aforementioned Kanye line in “All Day”:

The “stage” line may be in reference to Kendrick’s supporting role on Kanye’sYeezus tour last year. Kendrick’s management, Top Dawg Entertainment, didn’t want him to join Ye on tour, but according to a New York Times magazine profile, Kendrick’s team claimed Kanye “wasn’t taking no for an answer.” Once he joined Kanye on tour, the two barely spoke, and Times writer Lizzy Goodman said she shadowed Kendrick for three whole weeks before she even saw the two in the same room together—which lasted a grand total of 30 seconds.

“It’s tempting to imagine that tour partnerships between an established star and an up-and-comer result in lots of communal bonding. And of course sometimes they do,” wrote Goodman. “Bono has become famous for taking young bands out on the road with U2 and dispensing his so-called Bono Talk, a sermon on how to avoid the pitfalls of fame. Lamar knew people wanted to think this was happening between him and West, and he obliged within reason, dutifully explaining to journalists how much he was learning from West or telling an employee of his label who asked if they had been hanging out, ‘We haven’t really got an off day yet to chill out, but that’s the plan.’ But a mentor-mentee relationship wasn’t what was expected or desired, and it certainly was not what was happening.”

-Via The Daily Beast