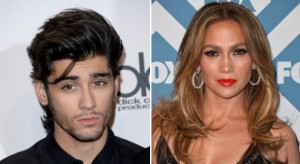 Here’s the 411: Zayn Malik, the best member of all (okay, we’re being biased!), has parted ways with British boy band One Direction after five years.

Fans have been feeling completely heartbroken over the news and having a hard time accepting his departure. Jennifer Lopez recently spoke out about Malik’s decision to leave the group.

“People are freaking out!” Lopez told E! News. “I get it. Everybody’s different and that’s what you have to understand. I know a lot of people from the outside are looking and going, ‘Why leave right now?’ But we don’t know what it is to walk in his shoes. Things comes to an end sometimes. From what I hear, they’re going to keep on getting the great music and we’ll see how it goes.”

Malik recently opened up about his reason for quitting One Direction. According to Billboard, the 22-year-old told The Sun that his decision was “crazy and wild and a bit mad. But at the same time I’ve never felt more in control in my life. I feel like I’m doing what’s right — right by myself and right by the boys, so I feel good.”

“I did try to do something that I wasn’t happy doing for a while, for the sake of maybe other’s people’s happiness. And that was mainly the fans. I only ever tried to do it for the fans. I’m only upset [because] I feel like I may have let them down in some sort of way,” Malik said.

“That’s the main thing that I don’t want to happen. It’s not that I’ve turned my back on them or anything. It’s just that I can’t do that anymore because it’s not real to me.”