Rihanna has just made history in the fashion world! 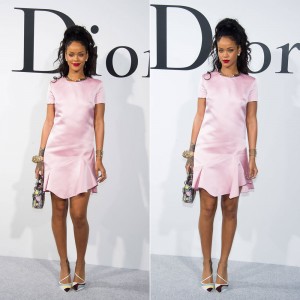 According to E! News, RiRi will be the first black woman to be the face of Dior. The songstress will make her first appearance in the next installment of Dior’s Secret Garden Campaign, which is scheduled to run in Spring 2015.

Previous Dior ambassadors include Jennifer Lawrence, Natalie Portman, and Marilyn Monroe. Now if they could only add a Latina as well…

In addition to her new gig, Rihanna has partnered up with Puma to be the brand’s Creative Director and Chief Consultant for the women’s training line. She’s also been seen promoting her role in the animated movie Home starring Jennifer Lopez and The Big Bang Theory’s Jim Parsons.