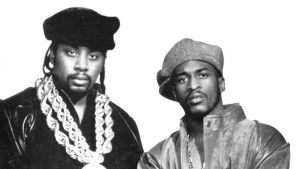 Tom Terrell of NPR called them “the most influential DJ/MC combo in contemporary pop music period,” while the editors of About.com ranked them as No. 3 on their list of the 10 Greatest Hip-Hop Duos of All-Time. They were nominated for induction into the Rock and Roll Hall of Fame in 2011, although they did not make the final selection.