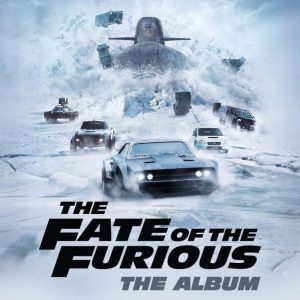 The Fate of the Furious, the eighth lap of the action-packed car franchise is officially in cruise control, after speeding away with the largest global opening for a film, to date. The Furious films represent over a billion dollars spent worldwide at the box office, but the car racing-based installments don’t have a finish line in sight. It’s broken records and cultural barriers, always offering some much-needed diversity on the big screen.

Here are some of the most thrilling moments from the Fast and Furious franchise that we’ll never forget.

Dominic Toretto (played by Vin Diesel) and Brian O’ Connor (played by Paul Walker) were arguably the dreamiest blends of testosterone and man candy, ever. Who could forget the event that began the whole charade in The Fast and the Furious? Their first car race left viewers on the edge of their seat. It was an extremely close call, but in the end, Brain blew his engine and lost to Dominic. That didn’t stop Brian from gloating, though.

2. Be Careful With My Sister

As if Brian O’Connor didn’t already prove he had cojones of steel. Not only did he challenge Dominic Toretto’s infamous engine power, but he had to reach for his baby sister, Mia (played by Jordana Brewster), too. Mia and Brian had some of the steamiest scenes of the entire sequel. Their love made the plot more complex, as Brian was initially an undercover officer sent in to report on the Toretto family’s criminal lifestyle.

While most of us can’t get our boyfriends to even open the car door for us, in Fast & Furious 6, Dominic Toretto soared out his vehicle after speeding down the highway, in order to grab the love of his life, Letty Ortiz (played by Michelle Rodriguez), mid-air. He managed to secure her and their near-death fall was broken by another car. It’s clear Letty was won over by those muscles and insane fearlessness. What more can a girl ask for?

In 2 Fast 2 Furious, Monica Fuentes (played by Eva Mendes) was the badass undercover U.S. Customs Service agent fierce enough to double as a Miami-based drug lord’s assistant. Monica was witty enough to keep her drug lord boss in check but blew her cover and became his hostage. In time, with the help of Dominic Toretto and Brian O’Connor, she successfully holds her former boss at gunpoint and turns him into custody. Not only did she look killer in her uniform, she could easily manhandle any guy who stood in her way.

Straight from La Isla de Encanto, Tego Leo (played by Tego Calderon) and Rico Santos (played by Don Omar) are back! You may remember the duo’s intense Rio de Janeiro heist in Fast Five, where they successfully helped the Fast and Furious crew steal $100 million dollars. Every character started new lives with their mega-bank accounts, but you better buckle up your seatbelt for the twist on the way with the franchise. We won’t spoil your next crazy ride!