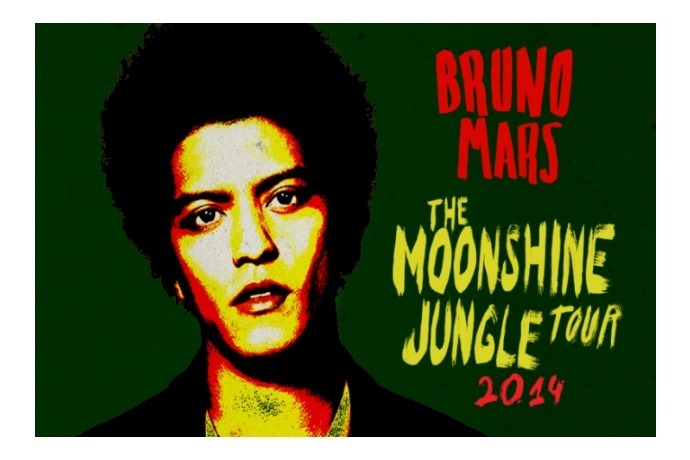 Outrageous! Pharrell takes the stage and Madison Square Garden is in an uproar. His dancers The BAES are a spectacle, full of life, energetic and different in their own way. The blended posse was sheer entertainment with flawlessly coordinated steps that fashioned good-looking melodies. Quite the charmer himself, Pharrell dazzles with his stunning smile and marvelous voice. New hit’s such as “Aerosol Can” prove Skateboard P has not lost his touch over the decades.

He impeccably annunciates every word in his complex lyrics. The myriad of musical hits authenticate his genius is timeless. Even as a luminary Pharrell has not lost his humility; he repeatedly thanked the MSG audience for supporting his dreams. Women swoon as Pharrell yells, “…just remember I told you 2014 is the year that things change for women. The seventy-seven cents to man’s dollar has to change.”

With spectators already on an emotional high, Pharrell introduces an overjoyed fan named Lindsay. He and her family roll her wheelchair center-stage and Pharrell says, “Lindsay now you really have a front row seat baby”. Together, Pharrell, Lindsay and The BAES clap to the rhythm of “Happy” and no one was happier than her. Apart from remarkable music…class, empowerment and equality were presented during Pharrell’s set. Next up was Bruno Mars and Pharrell was a tremendous act to follow.

Intermission only created a sold-out crowd of restless women and inaudibly eager men.  Flashing lights and drums filled MSG generating a Bruno Mars frenzy. His palm tree stage banner dropped to the ground and Mars’ first appearance spawned contemporary pandemonium. He is a rock star! A rare luxury in 2014, his amazing band of men are fashionable and humored the crowd.

Mars and his guitar skills showed him an equal band jewel. Channeling their inner Jackson 5 on songs such as, “Treasure”, Mars’ classic soul seeps through the mic. He belts his heart out with ease. There is something for everyone, even the reggae lovers. Sister Nancy’s smash “Bam Bam,” is sampled and the audience tumults. A sure old soul, Mars included a brief tribute to James Brown, displaying impressive footwork. Tears flowed as Mars cried while singing, “When I Was Your Man”.  He said it was his hardest song to write and most difficult to perform.

The Moonshine Jungle Tour was incredible, undeniable endowment from unquestionable icons. No gimmicks and no lip-syncing.  In a time of throwaway singles, unfading music prevailed.  It was truly a night to remember and arguably the best display of showmanship this summer.

Keep Up With Bruno Mars: